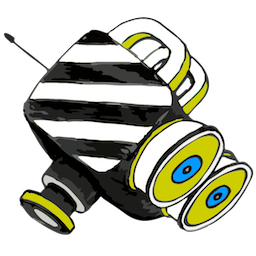 Unschooling the Artist Within Atelier

Setting The Stage: What Is Unschooling? 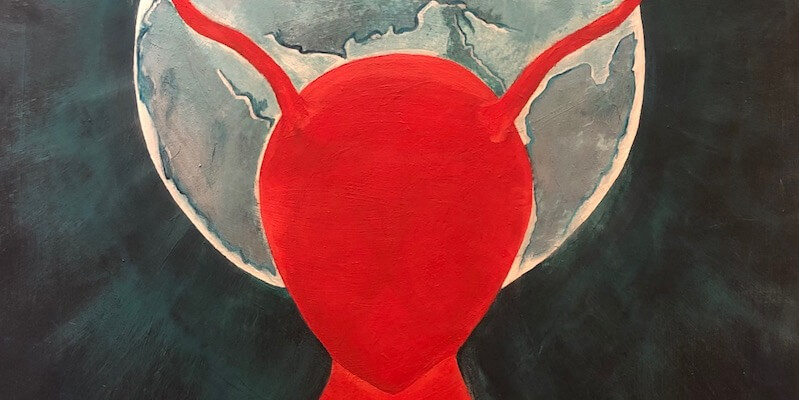 I have been an art maker as far back as I can remember. Art has allowed me to explore and release emotions, and to heal and grow.

I thrive and am most inspired when creating freely, allowing and listening to whatever needs to come through. My goal has always been to develop, nurture and trust in my own artistic rhythm and expression as well as to guide others in doing the same.

Setting The Stage: What Is Unschooling?

Starting in September you will begin crafting your Artist’s Manifesto.

Today’s blog post is meant to get you thinking about the areas in your artistic endeavors that you may need to ‘unschool’ yourself in. Are there any outdated lessons, behaviors or judgement towards yourself or other artists? Think about your childhood: what were your experiences with art making? What did you love best? What do you wish you had experienced?...etc.

Spend a few minutes this week writing about this.

Unschooling is an educational philosophy and practice coined by educator John Holt, a teacher, writer and influencer of the ‘youth rights’ theory.  In 1967 Holt published a book titled How Children Learn in response to the mainstream idea that children are ‘monsters of evil who must be beaten into submission’ or ‘little two-legged walking computers whom we can program into geniuses’. Instead Holt argued that the unschooling theory lets children acquire knowledge best by guiding their own learning and allowing the learner to follow internal cues and pursue learning for intrinsic reward. In this self-directed approach children still need the help of adults but only as guides and not authoritative figures. In his book  Learning All the Time, published shortly after his death, John Holt argues that,

“Teaching does not make learning...We can best help children learn, not by deciding what we think they should learn and thinking of ingenious ways to teach it to them, but by making the world, as far as we can, accessible to them, paying serious attention to what they do, answering their questions - if they have any - and helping them explore the things they are most interested in.” (Holt, 1990)

Rivero shares the following as some of the main principles of creative learning: embracing dichotomies (accepting that the child may not always fit into a particular style /model of learning); valuing the inspirational and innovative parts of creativity (putting less emphasis on specific skills, and more on interest based inquiries); digressive learning (allowing for the covering of a wide range of subjects, freely passing from one to another); encouraging divergent and immersion learning (allowing the learner to engage in their topic of choice and its tangents until no longer interested); combining work and play (allowing more time and freedom to learn and work). Rivero emphasized that much of a child’s creativity may be stifled by the teachers’ or parents’ negative or even encouraging and rewarding behaviors and urged educators and parents to remember that every learning matters and to unschool themselves so they may make themselves open to creative learning (Rivero, 2002).

How I learned about unschooling goes back to an event that took place in 2012. After seeing how dissatisfied and overwhelmed my daughters’ grew with their schooling, I decided to pull them out and homeschool them for the school year of 2012-2013. I was very privileged at the time to be able to do this. This was done to the dismay of many concerned friends and family who thought that the girls would fall behind in their studies without a set schedule and curriculum of learning. To prepare for this experience I joined the Washington Homeschool Organization and attended that year’s conference.

This is where I was introduced to the term, “unschooling”.  Critics of this philosophy worry that children won’t be socialized, will lack the necessary skills to enter the job market and would be scattered and unmotivated. Proponents believe children will find out their interests faster and earlier in life, will be more self assured, and much better equipped for the job market and life in general. My daughters completed a year of unschooling and returned to public school for the rest of their school career. When I asked them to reflect on this unschooled year they told me that throughout the year they shared much of the fears of the critics, but towards the end, and upon returning to school, they sided with the proponents of this method. They had not missed anything, were not behind in their studies and now had an example of a different way to learn.

Flash forward to 2017 to me in my undergraduate program at Antioch University Seattle. I decided to create my own visual arts concentration. I realised that I needed to know more so I may better craft my pathway. I was particularly interested in how the principles of unschooling may help the artist find their own voice, trust their process, and build creative longevity. I wanted to address unschooling as a catalyst to and creativity as the initiator of self-actualization, fulfillment of one’s own potential as an artist.

I soon realized that in order for me to become the artist I deep down knew I was, I would need to unschool myself of everything I knew about traditional art education as well as anything I had been told about being an artist and living the life of one.‍

We wish to stay INDEPENDENT of social media clutter, algorithms and censorship. Our FREE NEWSLETTER is our best option to reach you. We respect your PRIVACY & never sell or share your information. Unsubscribe at any time.

"I soon realized that in order for me to become the artist I deep down knew I was, I would need to unschool myself of everything I had been told about being an artist and living the life of one." Click To Tweet 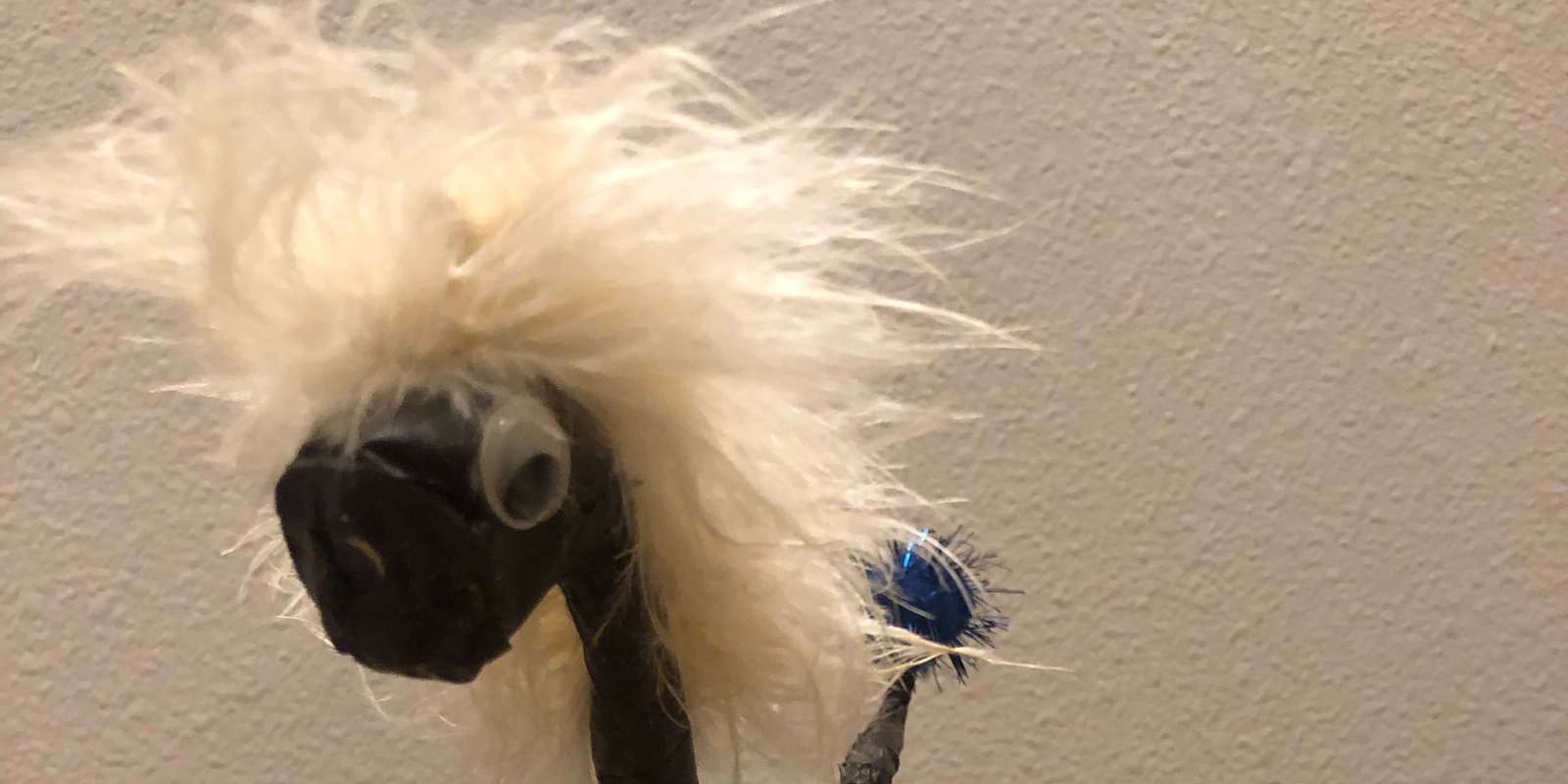 "Lesson for the Day: vision is always ahead of execution - and it should be." - David Bayles
Artistas Sin Miedo Challenge 2021 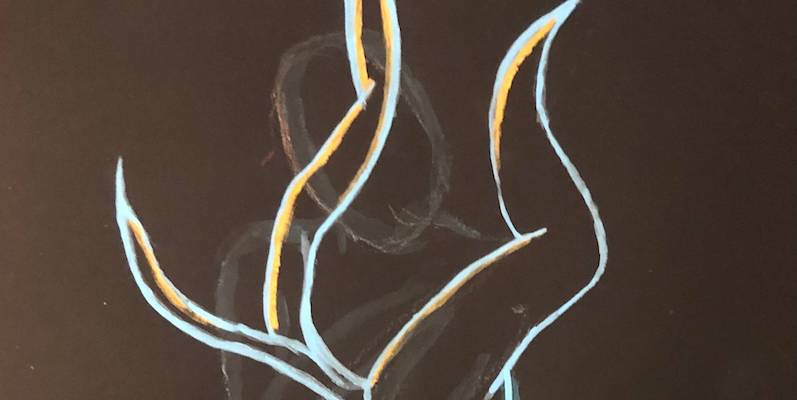 "Your practice deserves the work you’re putting in now. This is also true for your goals and your dreams- you must put in the work to build in the direction you want to go. Don’t wait. " - Beth Pickens
I can't draw! I am not an Artist! 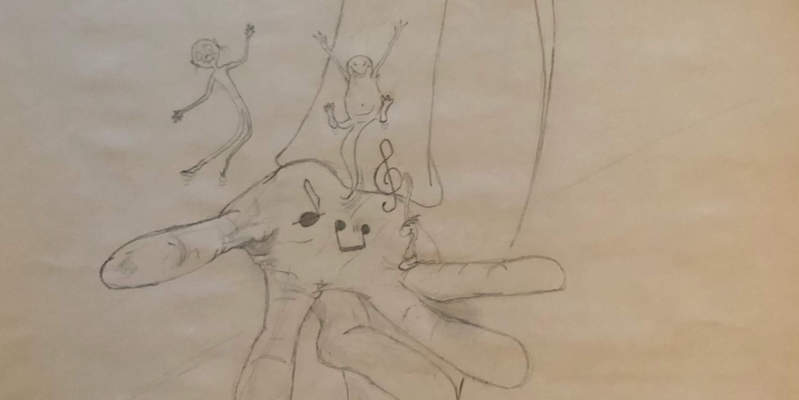 “ You can’t plan a revelation. You can’t PLAN to have an idea. But you can create a play field where it might land.” - Lynda Barry
The Artistic Process 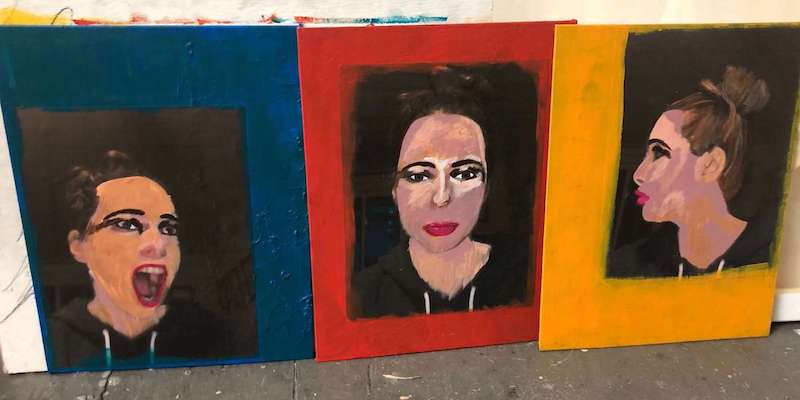 “It’s easier to paint in the angels’ feet to another’s masterwork than to discover the angels within yourself.” - Art & Fear, 1993
The Artist Manifesto 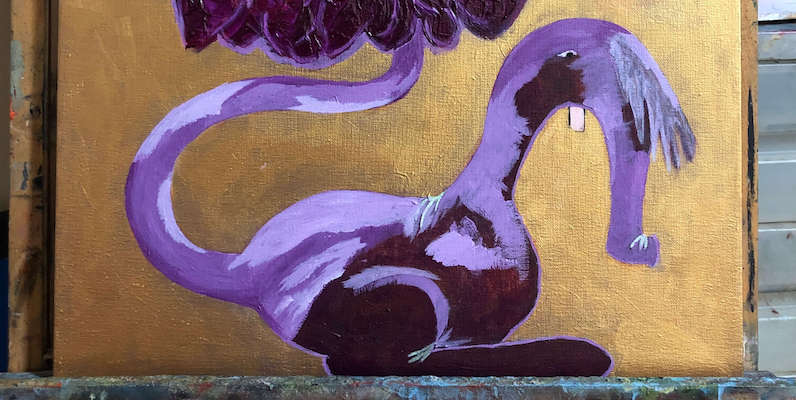 “Some people change when they see the light, others when they feel the heat.” - Caroline Schroeder
The You vs YOU Six Week Challenge, Week 6 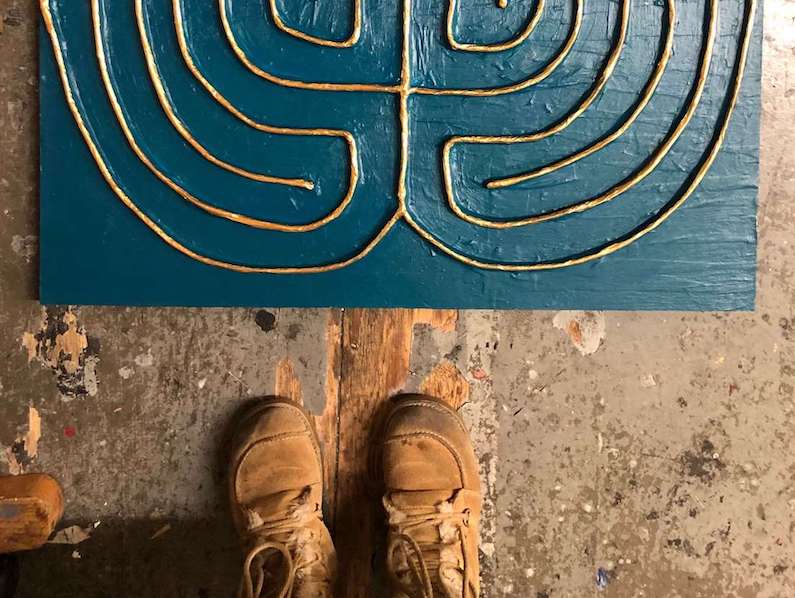 “Getting clear about the past allows you to separate yesterday’s issues from today’s reality.” (Gottman & DeClaire, 2011, p. 167).
The You vs YOU Six Week Challenge, Week 5 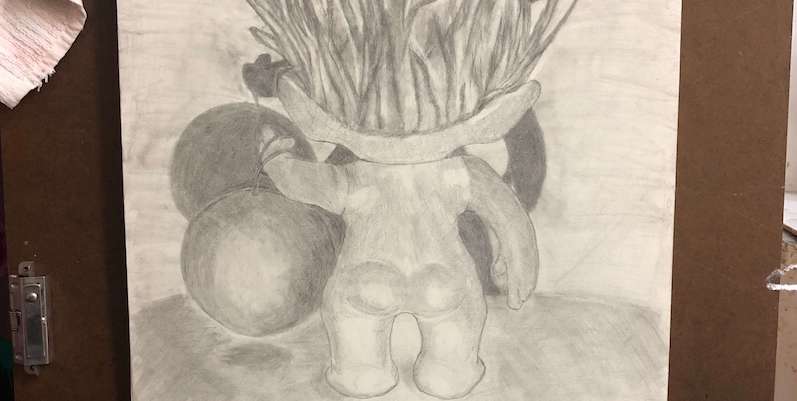 “Daring to set boundaries is about having the courage to love ourselves even when we risk disappointing others.” - Brene Brown
The You vs YOU Six Week Challenge, Week 4 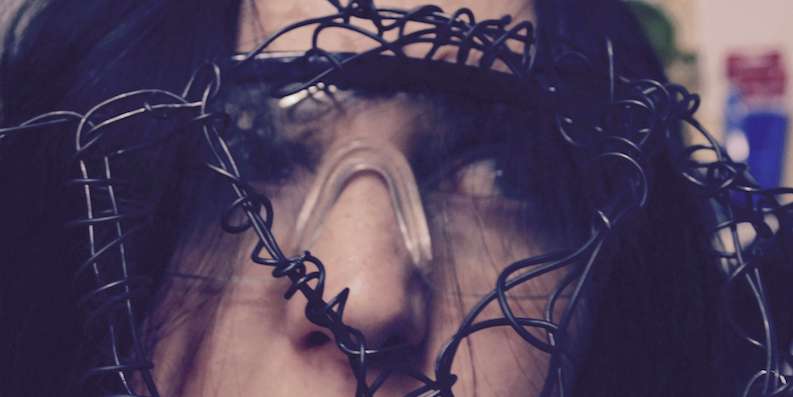 “We must all suffer one of two things: the pain of discipline or the pain of regret.”- Peter Hollins
The You vs YOU Six Week Challenge, Week 3 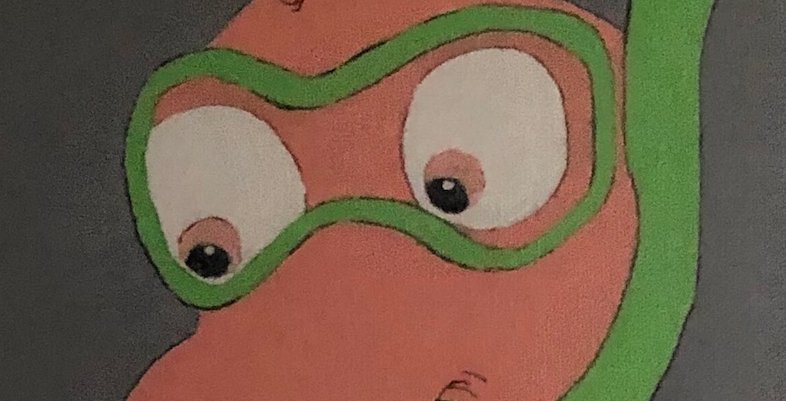 "Subtle and consistent ways in which you make decisions based on fear can have a profound effect on the course of your life. " - Seth J. Gillihan
The You vs YOU Six Week Challenge, Week 2 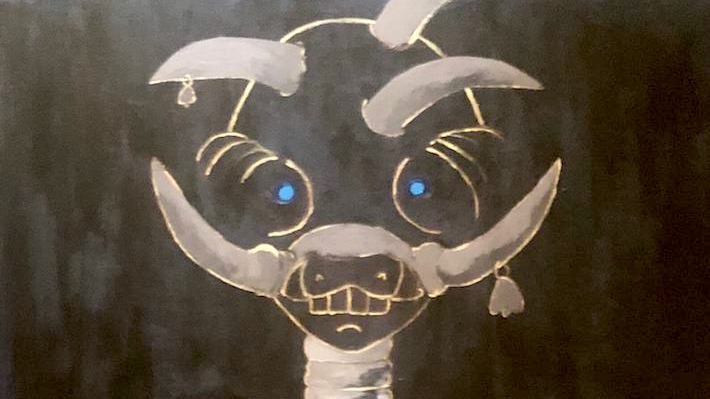 “If you don’t have a plan, you become a part of somebody else’s plan.” - Terence McKenna
The You vs YOU Six Week Challenge, Week 1 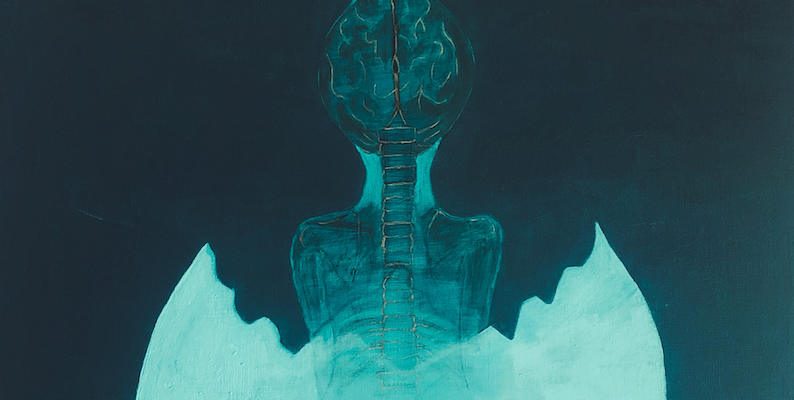 “The man who is educated is the one who learns to learn.” - Carl Rogers
Setting the stage: What is Andragogy? 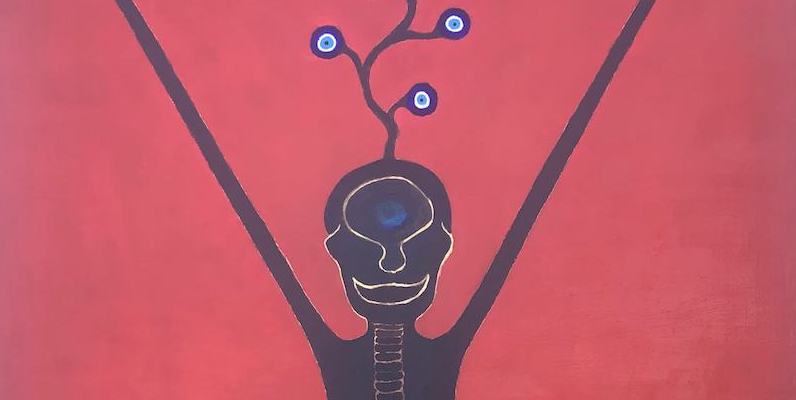 "The goal of process painting is the act of creating in the moment without any pressure to perform or be confined by the use of a particular medium or technique, nor worry about showcasing talent or accomplishment."
Setting the Stage: Process Painting and Art as Healing 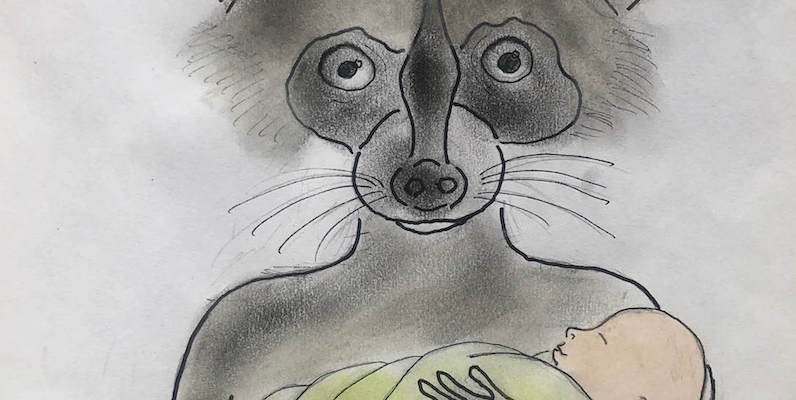 "Art is in the unique position of helping the individual more fully realize their potential." (Ryder, 1987)
Setting the Stage: Art Education for Self-Actualization

"I soon realized that in order for me to become the artist I deep down knew I was, I would need to unschool myself of everything I knew about traditional art education as well as anything I had been told about being an artist and living the life of one."
Setting The Stage: What Is Unschooling?

Lowenfeld and Brittain (1982, p. 8) share that, “Whenever we hear growing artists say ‘I can't draw’, we can be sure that some kind of interference has occurred in their lives."
Introduction And What To Look Forward To